Dealing with Excess: The Art of Preparative Liquid Chromatography

Advances in chromatography have allowed researchers to purify entire classes of chemicals and biomolecules, opening the door to fundamental discoveries in biology, chemistry, and human health. Although chromatography is now well established in the lab, it’s not a simple one-size-fits-all methodology. Behind the well- developed science there exists a specialized art developed over decades to help researchers reach their purity goals.

In 1901, Russian botanist Mikhail Tsvet used a column filled with calcium carbonate to isolate specific plant pigments, and therein pioneered the use of chromatography in biological research. Today, liquid chromatography (LC) is one of the most widely used biochemical separation techniques, and it is generally accomplished with a two-phase approach: first, a mobile phase that typically relies on polarity differences between a running buffer and a solvent, and then a stationary, or solid, phase that relies on an adsorbent material, such as silica gel.

Numerous variations of LC, from high- performance liquid chromatography to ion chromatography, have been developed since Tsvet’s experiment. Yet generally the methods can be categorized as either analytical, where gathering information on the composition of a mixture is the goal, or preparative, which seeks to purify large volumes of a compound of interest.

Using liquid chromatography to accurately separate out a mixture’s components is easier said than done. To get it right requires careful planning, smart goalsetting and a few useful tips. HadelProductions / Getty

Experimentally, preparative LC differs from its analytical cousin in scale. While preparative LC columns need to have sufficient retention and efficiency to separate target compounds like analytical LC columns, they must also handle much larger sample volumes.

According to David Hage, James Hewett University Professor of Chemistry at the University of Nebraska-Lincoln, these volumes often push preparative LC columns to their limits.

Most analytical methods deal with a small amount of target and sample per run, which means linear elution conditions are typically present. This is often not the case for preparative LC.

"Most analytical methods deal with a small amount of target and sample per run, which means linear elution conditions are typically present. This is often not the case for preparative LC," Hage explains. The higher sample volumes in preparative LC can lead to non-linear conditions and broad, overlapping elution peaks. That presents a challenge. Many researchers intentionally overload their preparatory LC columns to maximize throughput and obtain the highest quantity of a target at the lowest cost, but in doing so they risk undermining their own work.

In those cases, he says, “Using retention and elution data from an analytical column can be a good starting point for developing a preparative method.” Even so, Hage concedes that analytical data alone is usually not sufficient to plan a good preparative LC experiment, and additional optimization is almost always required. Other optimization tricks include determining early how column loading will impact retention times and elution characteristics, and using specifically developed scale-up equations and calculators found online and at manufacturers’ websites to approximate injection volumes and flow rates based on column size.

For Melissa Martowicz, Senior Applications Specialist at Gilson, Inc., successful preparative LC begins with a holistic approach. “You want to make sure you are happy with your method at the analytical scale before moving up to prep LC,” she says. Gilson manufactures a range of LC instrumentation, including capacity liquid handlers, syringe pumps, detectors, and HPLC pumps, so Martowicz has learned time and again that detailed planning and optimization on the front end lead to reduced costs on the back end.

Robert Hodges is a professor of Biochemistry and Molecular Genetics at the University of Colorado. His group uses preparative LC to enhance peptide design strategies for biotechnology and therapeutic applications and, like Hage and Martowicz, recommends using insights gained during small-scale analytical separations to inform preparative LC plans. His lab’s approach: determine where a peptide of interest elutes during analytical LC, then employ a linear gradient around the elution peak to collect the peptide and any contaminants during the preparative LC run. 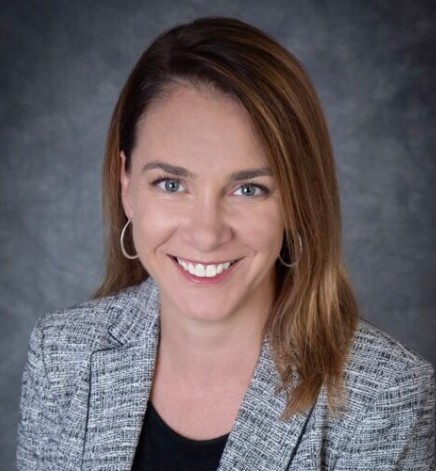 “We do use a gradient, but more importantly we slow the gradient and do a shallow elution to get those peaks of interest,” Hodges says. He’s also able to use analytical instrumentation and columns for his preparative LC experiments, which simplifies scaling.

“A combined system is great when you want to use analytical scale to establish your methods, preparative scale for purifying your compounds, and analytical scale again for confirmation,” Martowicz says. A combined system can also stretch equipment dollars and save bench space. But there are tradeoffs. “If you are choosing equipment that will work for both analytical and preparative scale, it might not be ideal for both sets of conditions,” she says. “For example, you may need to change the flow cell in your detector to accommodate a different scale.”

Whether or not you can use a combined system also depends on what is being isolated. “Small molecules and peptides are actually night and day different in LC,” Hodges says. Small molecules can have interactions within the column that play havoc when samples are overloaded, resulting in even more overlapping elution peaks and challenging purification experiments. With peptides, however, such interactions are negligible.

“You can put a significant amount of crude on the column and still get excellent results with peptides,” he says. And since this can all be done using analytical columns with normal size diameters, those scaling issues are much less significant.

In the end, preparatory LC is not without its risks. But with some detailed planning, goal setting, and early optimization steps, it also can bring significant rewards: large volumes, quick speeds, and high purity.

Gilson, Inc makes a variety of liquid chromatography systems, including the VERITY GX-271 HPLC System above, and will work with researchers to configure systems for specific objectives. 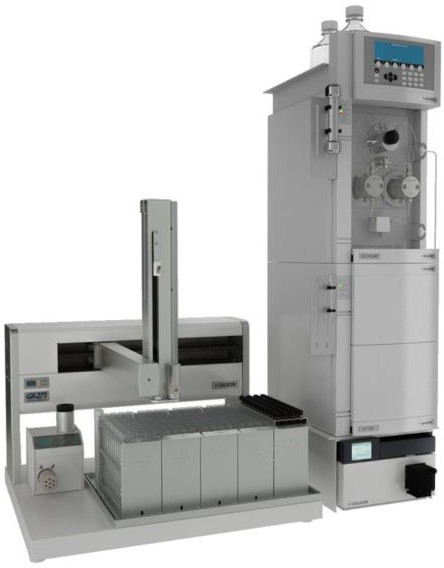